Dr. Thomas is the nation’s leading expert and author on the Community Reinvestment Act (CRA).  He has a Ph.D. in Business and Applied Economics and an M.A. in Finance from The Wharton School as well as an M.B.A. from the University of Miami and a B.S.B.A. (High Honors) from the University of Florida.  Dr. Thomas taught Banking and Monetary Economics at The Wharton School of the University of Pennsylvania for 42 years.   He is also a 20+ year member of the board of directors and chairman of the nominating/corporate governance committee of a community bank.  Dr. Thomas was the Co-Founder and Chairman of the Board of Trustees of another successful CRA qualified investment impact bond fund that he launched in August 1999, but he is no longer associated with it or its advisor.  Dr. Thomas was a recipient of one of the first three Awards of Excellence from the National Community Reinvestment Coalition (NCRC) in 1994, the other two awarded to Representative Joe Kennedy and Comptroller of the Currency Eugene Ludwig.  As a consultant to both the private and federal sectors, his thought leadership is reflected in today’s existing CRA regulations. 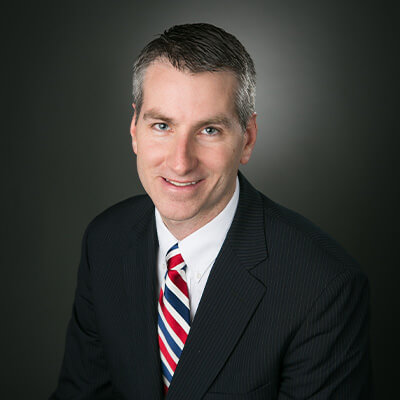 Mr. Hendrickson is a portfolio manager and senior member of the structured products team at MetLife Investment Management, LLC. He is responsible for portfolio management of all core-based products with a focus on mortgages and asset-backed securities. Prior to joining MetLife he traded commercial Mortgage-Backed Securities (MBS) at Logan Circle Partners LP, which was acquired by MetLife, and also Delaware Investments. Prior to that he was a commercial MBS analyst for GMAC Commercial Mortgage. He has more than 20 years of investment experience. Mr. Hendrickson received a B.S. degree in finance from Pennsylvania State University and an M.B.A. from Temple University.